Isabella Grimes, another mulatta, was born about 1690 to Susanna Grimes and both were sold for terms of bondage to Edward Willet. Isabella, in turn, was prosecuted at least three times for bearing children, each conviction extending her years of servitude. Her first child was sold to Samuel and Sarah Magruder for a term of 21 years, indicating that the father was a free man. Neither the sex nor the name of this child was recorded by the court, so it is only speculation that he was a he and the father of Catherine, Priscilla Gray’s third known child (as I’ve written in Trafficke), though the father was almost certainly from this family. 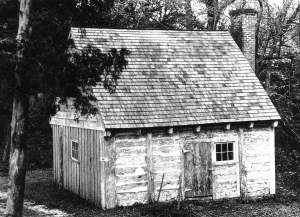 Susanna Grimes‘ second child was Elizabeth, born 1700 and also sold to Willet. Edward Willet, was a London-born pewterer turned Maryland planter, a neighbor to Samuel and Sarah Magruder and a witness to Samuel’s will.

Elizabeth Grimes‘ first conviction for mulatto bastardy came when she was 21–her first of six convictions. Her third child, Lettice, was born in 1728 and bound to Willet for 31 years–so she should have been freed in 1759. Instead, we find her in 1764 petitioning the court for her freedom, which had been denied by her mistress, Isabella Willet.

Isabella Willet was the widow of Thomas T. Willet, and the great-granddaughter of Samuel Magruder’s brother, James. James’ daughter, Isabella Magruder, had two husbands, the second named John Henry. Lettice’s cousin, a boy born in 1713 to her aunt, Isabella Grimes, was sold to John Henry for 21 years. His name was not recorded by the court, so it is impossible to trace his biography.

For a long time, I had a paragraph in Trafficke about these intertwined families, but I never could get that paragraph under control: there were just too many Isabellas.

Most of this detail about the Grimes family comes from Paul Heinegg’s Free African Americans of Maryland and Delaware from the Colonial Period to 1810–available in print, and on line at http://www.freeafricanamericans.com/.

Putting his work together with Sue Emerson’s work on Magruder genealogy, I discovered that many of the non-Magruder names in the story were in-laws and descendants of Magruders. Only when I reread Allan Kulikoff’s statistics for prosecutions of women in Prince George’s County did I realize that the number of such prosecutions in the Magruder orbit was unusual–that, in fact, they account for more than half the prosecutions in the county over the period Kulikoff studied. (Kulikoff 386-7)